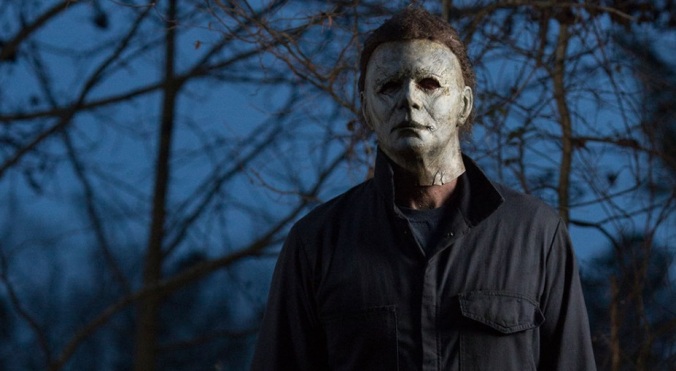 With the abundance of revivals and reboots in movies and TV, another Halloween movie might not seem like something worth our attention. Horror movies, especially, have diluted celebrated brands by making new versions of classics like The Texas Chainsaw Massacre and A Nightmare on Elm Street.

But maybe no horror brand has been more watered down and misguided over the past 40 years than the Halloween franchise. Nine sequels (two of which were reboots) have been made since the original 1978 film, each of them moving further away from John Carpenter’s original vision. (To be fair, however, Carpenters vision in 1978 may not have been more than to make a scary slasher movie.)

The smart move by director David Gordon Green (who co-wrote the film with Danny McBride and Jeff Fradley) was to act like those previous nine films never happened. (There’s even a line that dismisses one of the sillier developments revealed in 1981’s Halloween II.) This 2018 edition of Halloween is a direct (albeit 40 years later) sequel to the original film, returning to the story and its two primary characters after four decades have passed.

What makes this Halloween compelling is that it does something horror movies rarely do: It looks at the trauma suffered by the survivors after their nightmarish circumstances. Typically in a horror flick, the survivor (or survivor) has somehow triumphed — or somehow endured — and the movie ends with the assumption that life will go on and maybe return to some sense of normalcy.

But if you’ve seen the 1978 movie, you know that it ends on an uncertain note that could spawn at least one sequel. For the purposes of this new film, however, that open ending in which Michael Myers isn’t found also explains why Laurie Strode (Jamie Lee Curtis) has lived the past 40 years in fear and how that trauma affected her life.

It stands to reason that someone who was attacked by a hulking, silent, unfeeling killing machine wearing a white mask with a cold, unfeeling expression would have some serious issues as she progressed through adulthood and into later middle age. Strode has allowed her PTSD to define her life. She doesn’t live in a house; it’s a bunker/death trap. Virtually everyone Laurie deals with thinks that she’s lost her mind.

Perhaps worst of all, Laurie has largely passed her dread on to her daughter Karen (Judy Greer). Karen’s childhood was a training exercise in preparing for the worst, the return of Michael Myers (or “The Shape,” as he’s named in the credits). 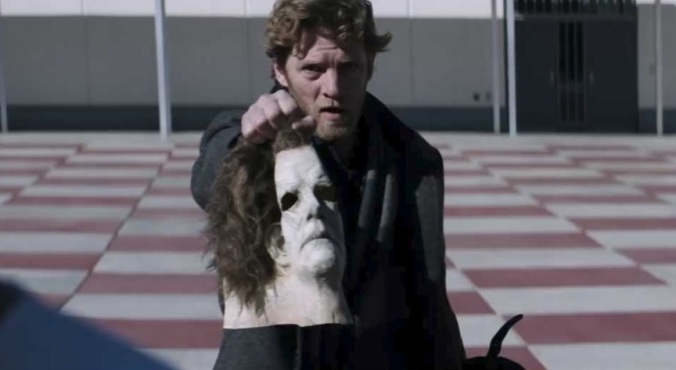 It’s reminiscent of Sarah Connor raising her son John to be ready for the killer robot to come back in Terminator 2. The only differences are that a) Laurie hasn’t become a hard-bodied pull-up machine and b) her daughter has managed to create a rather normal, well-adjusted life with a husband and daughter of her own. Probably because social services took Karen away when she was 13.

All of Laurie’s presumed paranoia becomes justified, however, when Myers is moved from the asylum where he’s been kept and studied (indicating that he was captured sometime after disappearing in the 1978 film) to a maximum security prison. Somehow, the bus transferring those patients runs off the road and Myers is free to roam Haddonfield, Illinois again, seeking to kill for no discernible reason.

That’s what makes Myers so intriguing to the people who study him, such as the doctor who’s been treating him. Is Myers simply the embodiment of pure evil, something that’s been explored in previous Halloween films? What motivates him to kill? What does inflicting brutal, lethal harm upon people do for him?

(Unlike Rob Zombie’s 2007 Halloween and 2009 Halloween II, there’s no attempt to explain Myers or portray his origins. Maybe he is a force of nature, something at which the behavior of his fellow patients at the asylum seems to indicate.)

A nice modern touch to the story is that Myers’ story is being reported and investigated by a pair of true-crime podcasters. Imagine Sarah Koenig and the Serial crew deciding to devote a season of the show to Michael Myers. OK, the journalists in the movie probably aren’t as smart. But considering the surging popularity of true-crime podcasts and documentaries, it’s a fun addition to the film. I just wish Green had gone further with it.

Yet this really is the story of Michael Myers and Laurie Strode — both of whom are treated with great respect — so Green and Co. were better off focusing on that instead of the other ancillary characters created to populate their world and explain the repercussions of the past 40 years. (Although there was one character whom I — and I bet most other viewers — would’ve been OK with getting killed by Myers and that never happens. But the plot must move forward.)

Green and his writers get this right, creating a worthy sequel to Carpenter’s 1978 film. This movie works on its own, but is certainly enriched by having seen the original. (Carpenter also subtly gave his approval by contributing to the score, which continues with one of the most memorable themes in horror movie history.) Even if it ends up spawning a new wave of sequels and convoluted mythology, Halloween is the right horror flick for these times and is exactly what it needs to be.