It’s all TV on this week’s Amusement Park Podcast! We react to Netflix canceling Luke Cage and Iron Fist, then dive into Daredevil Season 3. Are the new fall comedies any good? Eh… October horror picks and what we’re enjoying close us out.

If you’re enjoying our podcast, please help us out with a review on iTunes for some digital word-of-mouth. You can also email us feedback at amusementparkpod@gmail.com and tweet us @amuseparkpod. We’d love to hear from you. Thank you for listening!

With the abundance of revivals and reboots in movies and TV, another Halloween movie might not seem like something worth our attention. Horror movies, especially, have diluted celebrated brands by making new versions of classics like The Texas Chainsaw Massacre and A Nightmare on Elm Street.

But maybe no horror brand has been more watered down and misguided over the past 40 years than the Halloween franchise. Nine sequels (two of which were reboots) have been made since the original 1978 film, each of them moving further away from John Carpenter’s original vision. (To be fair, however, Carpenters vision in 1978 may not have been more than to make a scary slasher movie.)

The smart move by director David Gordon Green (who co-wrote the film with Danny McBride and Jeff Fradley) was to act like those previous nine films never happened. (There’s even a line that dismisses one of the sillier developments revealed in 1981’s Halloween II.) This 2018 edition of Halloween is a direct (albeit 40 years later) sequel to the original film, returning to the story and its two primary characters after four decades have passed.

What makes this Halloween compelling is that it does something horror movies rarely do: It looks at the trauma suffered by the survivors after their nightmarish circumstances. Typically in a horror flick, the survivor (or survivor) has somehow triumphed — or somehow endured — and the movie ends with the assumption that life will go on and maybe return to some sense of normalcy.

END_OF_DOCUMENT_TOKEN_TO_BE_REPLACED 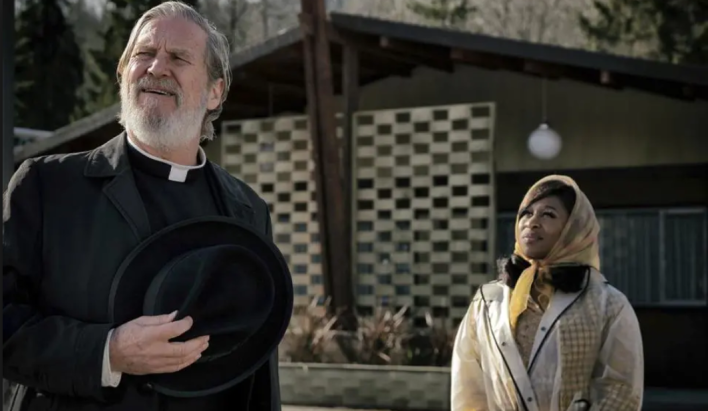 Episode 10 of the Amusement Park Podcast is loaded! We’re talking the Titans debut on DC Universe, Arrow’s Season 7 premiere, Riverdale and Manifest. We review First Man and Bad Times at the El Royale. Weekly October horror picks and what we’re enjoying too!

If you’re enjoying our podcast, please leave a review on iTunes and help our signal grow stronger. You can also leave feedback at amusementparkpod@gmail.com and on Twitter, Facebook and Instagram @amuseparkpod. We’d love to hear from you. Thank you for listening!