We’re late with Not a Newsletter once again, after showing promise last week with an early posting. But after talking with friends and family, it was determined that one of the remedies for that which is currently driving me crazy is to try and unplug as much as possible on weekends.

As I’m sure is the case for many of you, that’s not easy for me. Work and leisure inhabit much of the same space. If I’m reading something, it’s probably online. (I really am trying to pick up books and magazines…) If I’m watching something, it might also be online, especially if it’s streaming.

Thus, a message from work or a topic that could make a story is only an alert or click away.  Then I look at the clock and I’ve wasted most of a Saturday or Sunday sitting at a computer. It’s not making me pleasant. Unpleasant may be my default setting, but there are degrees of unpleasantness. Unfortunately for those around me, I’ve been on the “very unpleasant” side of that spectrum.

So maybe this would have been posted earlier otherwise. But maybe — probably not, but maybe — I was also a more pleasant human being on Sunday.

Since I’m online most of the day, constantly looking for story topics while editing and writing, most entertainment before 4 p.m. ET has to come in quick hits. Twitter and Facebook provide plenty of that, naturally, but YouTube has also become a reliable source for chuckles.

The cast of This is Us is adorable, and thus this episode of the WIRED series is adorable. 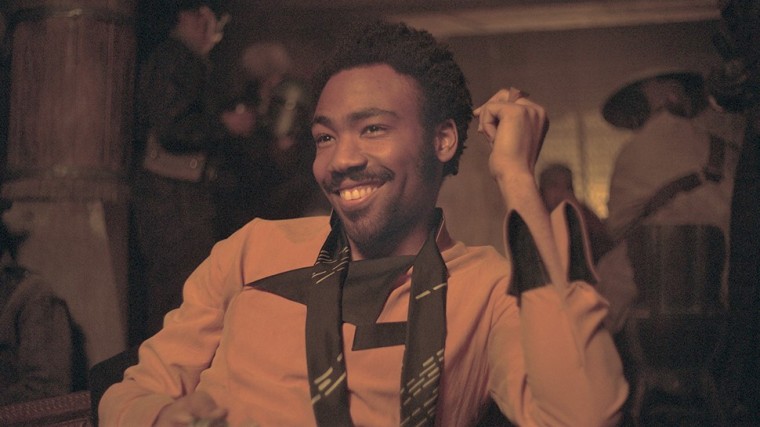 ** This is probably going to be the year of Donald Glover. He’s going to play young Lando Calrissian in Solo: A Star Wars Story. There will probably be new music to come, though not from Childish Gambino. And Season 2 of Atlanta is playing now on FX, which is what most of this article — which took me longer to read than I’d like to admit — is about. [New Yorker]

** Until thinking about it a few years ago, thanks to my old editor Kevin Kaduk, I didn’t quite realize that Ichiro Suzuki is my favorite baseball player. Maybe not now, so much as several years ago. But it seems right that he’s back with the Seattle Mariners for the sunset of his career. But maybe it’s not as fun being Ichiro as many of us might have guessed. [ESPN]

** I had never considered this until my friend Mike McClary sent this along. But have retweets ruined Twitter? Are toxic tweets much more likely to go viral and spread throughout the network when the retweet button makes it so easy? Maybe it was better when we had to type out retweets ourselves. (Also, I don’t know if I’d turn off retweets from individual users.) [The Atlantic]

** If you enjoyed Black Panther and are now looking for comic books to take you back to Wakanda, Don McGregor’s “Panther’s Rage” storyline might be the best place to start. (The story can be found collected in trade paperback or digital editions.) Christopher Priest, Reginald Hudlin and Ta-Nehisi Coates are considered definitive Black Panther writers, but McGregor should probably top the list. [Vulture]

Monday
* O.J. Simpson sure seemed to confess in Fox’s bizarre TV special. Did any good come from this whatsover?

Thursday
* The American League could have some fascinating races. Who will come out on top? (Roundtable)

Saturday
* UConn scores record 140 points, demolishing St. Francis in first-round NCAA Tournament matchup
* Jets set themselves up to get franchise QB by trading with Colts for No. 3 pick in 2018 NFL Draft

This is a text widget, which allows you to add text or HTML to your sidebar. You can use them to display text, links, images, HTML, or a combination of these. Edit them in the Widget section of the Customizer.
%d bloggers like this: