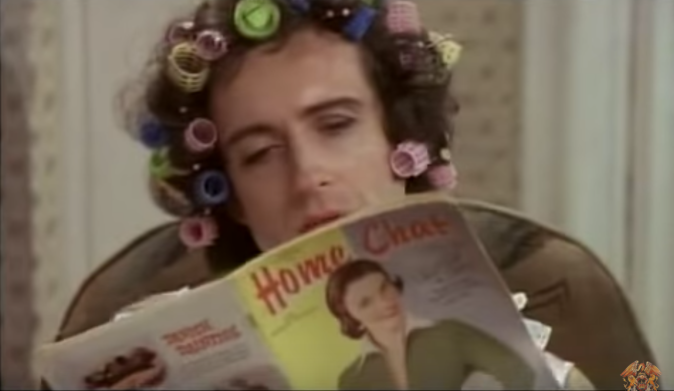 “Overzealous recycling” could be a good name for a newsletter if we ever take thing that way. That could pop in people’s inboxes, yes? Still aiming to get this out on Thursdays, or at least early Sunday mornings.

Since seeing Bohemian Rhapsody last week (my review here), I’ve been obsessively consuming all things Queen. I listen to their songs while working or driving. I’ve spent hours on YouTube, watching almost all of their music videos — some of which are legitimately terrible (surely a product of the time) — and lots of documentary footage.

One of their good videos was for “Radio Ga Ga,” made when Queen apparently steered into their sci-fi fandom after doing the Flash Gordon soundtrack. Finding some behind-the-scenes footage from the video’s production was a happy discovery.

To feed that hunger, I put together a list of my favorite Queen songs. It was supposed to be a top 10 list, and I thought I’d have trouble getting to 10. But my nostalgia trip reminded me of how big a Queen fan I’ve been since childhood and the list boiled over to 16. It probably could’ve been 20.

** Bohemian Rhapsody was released in theaters last weekend, but it took eight years for the Queen biopic to be made. That includes, as many likely know, Sacha Baron Cohen wanting to play Freddie Mercury but clashing with Brian May and Roger Taylor over the story. [Vulture]

** In my review of Bohemian Rhapsody, I said the mouthpiece Rami Malek had to wear for playing Freddie Mercury was distracting, especially early in the film. But maybe that was an accurate portrayal of Mercury trying to hide his teeth when younger. Here’s a fun interview with the man who made those teeth, Chris Lyons. [New York Times]

** Sometimes at Awful Announcing, it felt like all we wrote about was Jemele Hill and her controversial tweets on Donald Trump. (A few commenters often left terribly racist remarks in response too.) That probably cost Hill her job at ESPN, but that might end up being good for her career. Narrating Showtime’s Shut Up and Dribble documentary — about the cultural impact of the NBA — might just be the start. [Los Angeles Times]

Thinking about placing plastic bags in the recycling? Don’t! Reuse plastic bags or take them to your local grocer for recycling. To learn more, visit https://t.co/YvUpyhzn0z #Recycling101 pic.twitter.com/u3NDMENBRH

** As someone who tries to be a diligent recycler and take note of what can and can’t go in that bin, I appreciated some mythbusting on recycling. I’m sure I toss something that shouldn’t go to recycling at least once every couple of weeks, but I try to check the list posted by Asheville’s local service. [National Geographic]

** Jonathan Swan has become a rock star on the White House beat for Axios, though breaking stories and not questioning the veracity of politicians and newsmakers can put him (and his peers) in a controversial position. Prizing access over holding subjects accountable is a problem for many reporters covering many industries. But that success doesn’t come without an aggressive work ethic. [New York Times]

** My mother grew up with a stutter, and still struggles with it today. I know how much that frustrates her, how self-conscious it still makes her. So my heart goes out to anyone who deals with that, has to talk and gets no sympathy from people they encounter, such as those in food service. [Eater]

** I’m sure this is the case wherever you live too, but CBD dispensaries seem to be opening up everywhere. I haven’t visited one yet, nor tried CBD oil in tea, coffee, ice cream or a salve, but I am curious as to possible therapeutics benefits that could help me relax or feel less achy. Or is it all bullshit? [Vox]

** Was a Marvel Comics mini-series about a female private investigator ahead of its time in 1986? (This was 15 years before Brian Michael Bendis and Michael Gaydos created Jessica Jones.) If Dakota North was released nowadays, it may have been more successful (though the playful tone of the series might not have played). [io9]

** Instagram is my preferred social media these days because it’s “safe,” with no politics or hostility. (Although I’m sure plenty of that shit pops up in comments.) Late to the party, but I think I really fell for it earlier this summer while taking pictures and documenting my cross-country trip with A. Yet apparently, harassment is a major issue on Instagram. That’s social media in 2018, folks. [The Atlantic]