Hello from the mountains of North Carolina! Last week’s Not a Newsletter was a bit whiny, as I was hit with a surprise cold that had me feeling lousy and thinking burnout. I’m not sure that was totally accurate, but it’s on my mind and I put it out there. But plenty of us are working a lot and slogging through.

As I finish this up, the Oscars are hours away. It’s one of my favorite events of the year, though I don’t think that interest is shared among many friends, except for a close few. Yeah, the Oscars are self-important and probably silly. But for those of us who love movies, it’s the culmination of the past year. And maybe some of us like knowing we have good taste; our favorites were named “The Best”!

Due to feeling sick for a few days, it wasn’t the most productive writing week here at Casselbloggy HQ. That probably meant more reading. But I did manage to pound a few articles out, including a ranking of the 2018 Best Picture nominees.

Here’s what we have to show from the past seven days. Be excellent to each other.

** So Trump was having a bad day and because he was in a pissy mood, he decided to put tariffs on steel and aluminum. Yeah, that seems rational. [NBC News]

** Jordan Peele is only the fourth African American to be nominated for Best Director. Could he be the first to win that Oscar? The Hollywood Reporter gathered those four filmmakers for a roundtable discussion. [THR]

** I’ve been a Detroit Tigers fan all of my life (or since my adolescence when I first took an interest in sports). It’s astounding to me that I didn’t know who the public address announcer at Comerica Park is. His name is Bobb Vergiels, and he drives from Central Florida to Detroit 12 times a year for that job. [Detroit News, hat tip Mike McClary]

** My pooping habits are quite normal, thank you very much. [Men’s Health]

** Hope Hicks was always the most mysterious member of the Trump administration. Maybe we’ll find out how important she was, now that she’s resigning. The Mueller investigation might keep her pretty busy, however. [Vanity Fair] 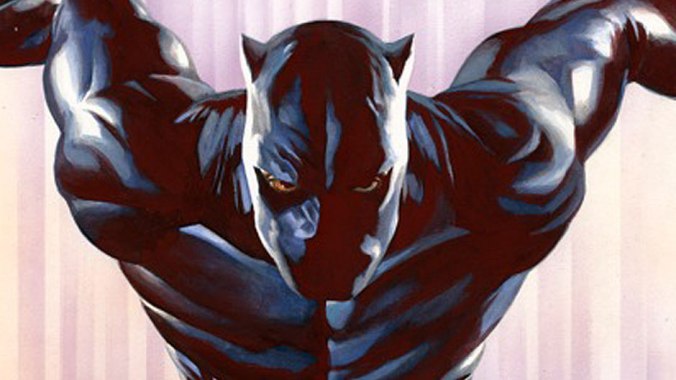 ** I’m late on this, but if there’s one piece to read on why Black Panther is resonating and seems far more important than a “superhero film,” Jelani Cobb’s is the one to check out. [The New Yorker]

** The costume design in Black Panther might be the most impressive thing about its production, a huge reason why it doesn’t look like other movies of its kind. Personally, I’m still obsessed with Lip Plate Guy. [Vulture]

** Ta-Nehisi Coates announced this week that he’ll write Captain America for Marvel Comics. He’s been writing Black Panther for the past two years and one demonstration of his commitment was his reimagining of Wakanda as a nation beyond words and lines on a map. [The Verge]

Just three films into his career, Ryan Coogler is a director at the top of his game. The success of Black Panther will allow him to do whatever he wants, which is tremendously exciting.

This Vanity Fair video (hat tip, Jay Rigdon) provided a fascinating look at all the work that goes into a scene and how much thought is put into virtually every detail. It’s kind of exhausting to think about, but this demonstrates just what makes Coogler such a special filmmaker. He’s already reached must-watch status.

Tuesday
* Does Annihilation know what kind of movie it is? Let’s try to figure out its identity crisis