For this week’s Barrett Sports Media column, I wrote about HBO’s Los Angeles Lakers series, Winning Time, and the controversy it’s generated for how several real-life figures are portrayed.

I’m really enjoying the series for depicting the early-1980s era of the NBA and the insight it provides into the sport. But the show is also ruthless in making virtually everyone in the story look bad. The portrayal of legendary player, coach, and executive Jerry West has been particularly surprising, and he’s spoken out publicly against it.

“The series makes a point of demonstrating that dropping a 20-year-old basketball sensation and savior of a franchise into a den of temptation would inevitably lead to trouble. The story begins by showing us the eventual results of Johnson’s promiscuous ways. But the way Johnson treats the many women in his life and those who can help him make money and become a celebrity is hardly flattering.“

You can read the entire column here.

Michigan has a big game versus Penn State on Saturday night at State College. Prime time on ABC! White Out at Beaver Stadium!

My former colleague Kevin McGuire now hosts the Penn State podcast for the Locked On network, Locked On Nittany Lions. Happy to see him get that gig; he’s a big Penn State fan and a passionate writer on college football. I’m grateful that he invited me on to talk about Michigan and Jim Harbaugh. And since we’re both pop culture geeks, we had to go a bit off-topic as well.

END_OF_DOCUMENT_TOKEN_TO_BE_REPLACED

I don’t do very well with catch-up projects on TV shows and movies. Oh, I’ll binge through a bunch of episodes if I’m behind on a show. I just finished off the last five episodes of Manifest last week, after NBC renewed it. (That reminds me: Renew The Rookie any time now, ABC.) Up next are Doom Patrol, Arrow and The Flash.

But when it comes to catching up for a refresher, I’m not often successful. For instance, I didn’t rewatch the previous seven seasons of Game of Thrones before Season 8 began. And I won’t have watched all of the Marvel movies again — not even the three Avengers films — before seeing Avengers: Endgame this week.

There are too many TV shows and movies that I haven’t watched to devote that time to stuff I’ve already seen. Killing Eve, for instance. Star Trek: Discovery. The second seasons of Westworld, Jessica Jones, and Luke Cage. There’s that new Ultraman series on Netflix. That reminds me, I also haven’t watched Season 3 of Queer Eye. There are so many more. Oh, and the show I’m probably most embarrassed never to have watched: Breaking Bad. Yeah, that’s right.

END_OF_DOCUMENT_TOKEN_TO_BE_REPLACED 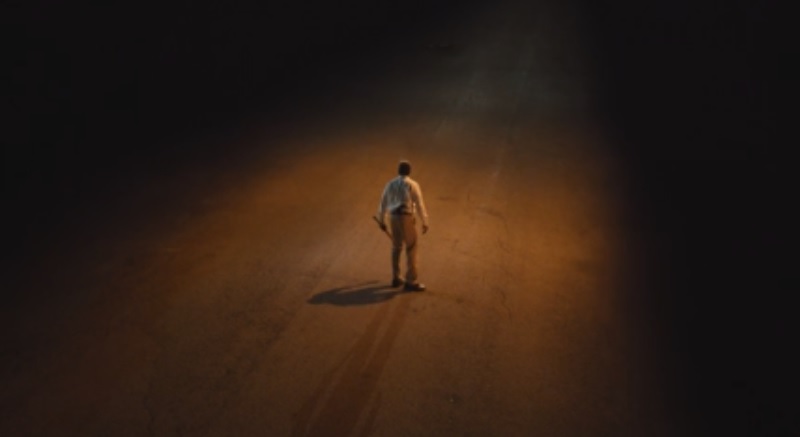 The Season 3 finale of True Detective is on Sunday, so we try to get in some theories and reactions to the season on the latest Amusement Park Podcast.

Maybe Chris and I would’ve had a bit more fun had we checked in every week, but I think we managed to put a couple of guesses out there regarding who the true bad guy is and how far up the whole conspiracy goes. And I got to voice my love for Stephen Dorff, who’s been tremendous as Roland West. It’ll be intriguing to see where his career goes from here.

We also react to the pilot episode of DC Universe’s Doom Patrol, which has the potential to be unlike anything ever seen in superhero TV. Fingers are crossed. Get weird and funny with this stuff, man.

— Show notes for Ep. 27 are available at the Amusement Park Podcast website —

Since we also discussed Netflix’s inevitable cancellation of The Punisher (seriously, there’s no way Daredevil, Luke Cage and Iron Fist would be canceled, and The Punisher and Jessica Jones saved), I was reminded that there were a couple of things about Season 2 that I wanted to touch on, but didn’t previously.

I’m certainly self-centered enough to think Season 2 of The Punisher was speaking directly to me somehow. But there were a handful of intriguing coincidences that were extremely amusing.

First, the season begins in my home state of Michigan while Frank Castle is traveling the country and trying to get away from the events of Season 1. He ends up at a bar called Lola’s Roadhouse, which happens to be the name of one of my nieces. Then at the end of the season, Castle and the young woman he’s been protecting throughout the story end up at a bus station. (I’ll try to avoid spoilers by saying why.) But the destination on the bus is where I currently live: Asheville, North Carolina.

I haven’t encountered any murderous vigilantes, deeply religious contract killers, amnesiac soldiers, or Homeland Security agents with a major grudge during the past few years. So these parallels only apply so much with me. But still, I’ll always have a soft spot for Season 2 of The Punisher for these amusing coincidences. And I’ll be on the lookout for anything suspicious.

Please leave a review and rating on iTunes for us and a like on our Facebook page to help spread the word. You can subscribe to the Amusement Park Podcast everywhere you find podcasts:

You can also give us feedback at amusementparkpod@gmail.com and find us on Twitter and Instagram. We’d love to hear from you! Thanks for listening!